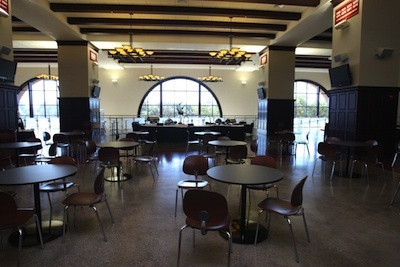 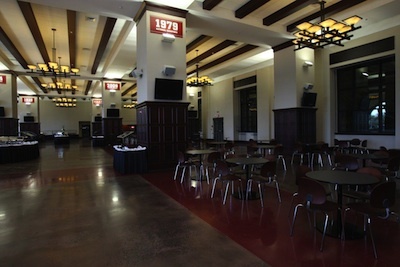 The Stadium Club was completed in 2010 as a part of the South End Zone Expansion. The Stadium Club is located on the third level of the south end of the stadium and is an approximately 12,750 square foot heated and air-conditioned lounge area. The view from inside the Club overlooks the Donor Hall of Recognition and a view of Bryant Drive through three-story arched windows along the south façade. The Stadium Club is an interior area and does not have a direct view of the football playing field.

The Club includes 1,000 members who have access to the Stadium Club from gate opening, during the game, and for post-game as well. Stadium Club members have ticketed seats throughout the stadium.

The Club provides the atmosphere of an upscale sports grill and is equipped with comfortable restroom facilities and multiple flat-screen televisions. Members of The Stadium Club have exclusive access to a complimentary grand buffet of appetizers, entrées, desserts, and game day snacks. Members are also assigned lockers for storage of personal items.

Anyone interested in purchasing memberships to The Stadium Club should contact the TIDE PRIDE Office at 205.348.6113 or by email at [email protected].